Today is the very last day here in mind mark.

And it couldn’t come soon enough, I’m pretty done with this country, it’s beautiful well has some beautiful elements, it’s also really filthy the people are really nice here. And whatnot but, it’s just. So tiring being here, we’ve been doing just the worst nights.

And the worst mornings the days have been awesome but uh. So last night we took a 9 hour bus ride to get here on probably the windiest road. I’ve ever seen in my life the ladies sitting in front of me was throwing up for at least four hours nearly getting close to throwing up on me the guy behind me tried to smoke on the bus he got caught by the bus driver luckily.

And everything is booked here the cab drivers are all trying to take advantage of us. And we had no idea where we were. So, it’s kind of tiring pretty glad that we actually found a place, it’s not too bad, it’s two-bedroom, I’m sharing this with Lucas, it’s 15 dollars.

So 7. And a half each, it’s not too bad but yeah pretty pretty tired of being Amanda Lee there’s no hot water here either. So cold showers are what, we’re doing in the morning but yeah overall, it’s been an interesting trip but.

I wouldn’t say, it’s been a luxurious or relaxing one this place is the biggest dump. I’ve ever been to the sidewalk has like massive holes there’s like rats everywhere, it’s just. So nasty garbage everywhere inside of the road all four of us are kind of feeling sick today Lucas sucks you just threw up the food quality is really bad here in my unmarked.

So Oh another big hole Lucas just went back to the hotel to throw up. And, we’re gonna go get some European food because we cannot handle any more in my in my food there goes the military this is the best meal. I’ve ever seen especially my pad here.


So far definitely yeah yeah everything tastes so much better that was one of the best burgers. I’ve ever had not because the burger was that good but just such a nice change from all the food, we’ve been heating here constant fried rice.

And chicken. And fried noodles. And chicken something just a bit Western everyone’s doing.

So poorly right now everyone’s just really sick. I think, it’s from all the food, we’ve been eating but uh yeah, we’re basically at 7:00 p.m.

Right now we just got out of bed. And, we’re gonna go back. And get some dinner.

And then probably go back to sleep. And count down the hours until we get her flight tomorrow morning back to Bangkok looking forward to getting back to Bangkok, it’s funny it actually feels like home already yeah me home to Bangkok. So we just got to the airport here in Mandalay.

And, we’re gonna head back to Bangkok now the airport’s like totally abandoned the road to get here there’s like no cars on it. And the airport itself is just totally empty never seen anything like it. So fine if aliens like 35 degrees. 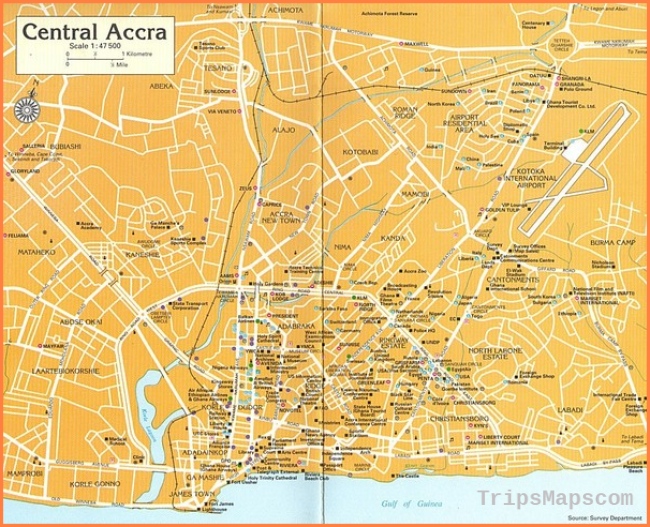 Map of Ghana | Where is Ghana? | Ghana Map English | Ghana Maps for Tourist