Finding a seat close to the stage, the general ambience recalled weddings, Beaumont funerals and the churchgoing years of my Protestant upbringing. Unfamiliar, though, were the little hinged doors that seemed to mark small storage areas boxed-in to the back of the pew in front. Curious in the quiet moments before the massive organ (more than two thousand pipes) Beaumont dominated our senses, I opened the mini compartment in front of me, found it was empty and realised that this was likely to have held a prayer book (Siddur) or even a prayer shawl (Tallit) belonging to a regular worshipper. Having just seen something of the synagogue’s darker history, Beaumont my mind focused on the possible fate of that nameless (and likely prosperous) man who would have paid a substantial tithe to sit, week after week, year after year, where I now sat. The women would, Beaumont of course, have been upstairs.

Did he have the good fortune to emigrate before the Second World War, an option embraced by many during the Regency (1920-44) of Hungarian Admiral Miklos Horthy? Though anti-Semitism was rife in Hungary, Horthy defied Adolf Hitler and delayed any Jewish ‘resettlements’ until (in 1944) the

Nazis forced his resignation. A much worse possibility is that our congregant stayed too long and was deported during the 1945 liquidation of the Hungarian ghettos. Many were sent by rail to the death camp at AuschwitzBirkenau near Krakow in Poland. 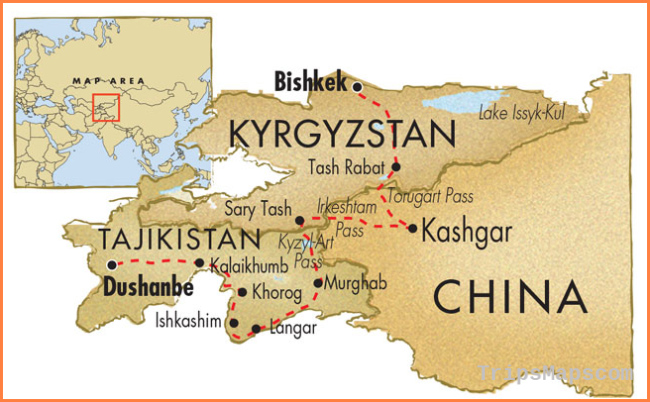