Wilderness Permit. Then follow Trail 626 right (opposite Old Vista Ridge Trail 626A actually heading left) quite easily for the entire length of the ridge through mostly burnt forest from the Dollar Lake Fire (autumn 2011). The ground cover has been Gabon making a great comeback with avalanche lilies, bear grass, and others coming through. About 5 mi S of the juncture with the registration station is a faint fork with Trail 626 splitting into two trails. Take the easier angle which heads left, straight over the ridge crest, through the burn, and down to a saddle before moving right to meet the other path, then continuing left (S) again. The rest to the Gabon Eden Park intersection is fairly straightforward. Newer Gabon views through the burn along the way include the Clear Branch valley to Laurance Lake, and Owl Point to the top of Mount Adams.

You break out into the first of many wildflower-covered meadows near the three-way intersection with Eden Park and can see out to Mount Hood, Mount Adams, Mount Rainier, and Mount St. Helens. Stay left (SE) on Vista Ridge Trail toward Wy’East Basin ignoring the turn right down into Eden Park (end of the clockwise loop). Walk easily into Wy’East Basin less than 5 mi to another three-way juncture. The Cairn Basin loop continues right on Timberline Trail 600 at the sign; but as long as you’re here, head left deeper into Wy’ Gabon on Trail 600 only a hundred yards or so through the meadows and sparse trees to the faint juncture for Barrett Spur on the right (S). The wildflowers are striking near the little creeks right after the snow melts in August or so.

Walk W back from the bottom of Barrett Spur Trail 600D to the threeway juncture and continue left on Timberline Trail almost 5 mi to outstanding views down Vista Ridge to some big volcanoes in Washington, and Barrett Spur up to Mount Hood. Traverse less than a mile to Cairn Basin and the stone shelter near the next intersection (to McNeil Point on Trail 600 or your next goal on Eden Park Trail 600H). For the basin and shelter you will pass through more meadows below steep rocky drainages and then move down turns to cross Ladd Creek wherever it is safe to do so. If it is too rough, then it may also be rough at the lower crossing of the same creek in Eden Park. Again, late summer into August and September it’s usually not a problem. Climb the other side of the creek on Trail 600 to enter the thin forest in Cairn Basin with campsites scattered around to the old open stone shelter just off the trail, most likely surrounded by many wildflowers, including paintbrush, avalanche lilies, lupine, and trillium. Follow the obvious path with rocks lining the trail to the nearby intersection near a tiny colorful babbling brook.

WHEN IT COMES TO THE MALDIVES, LOCATION IS KEY 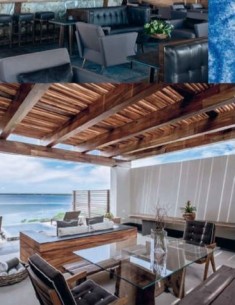