LOCATION North Ari Atoll, one of the closest groups of islands to Malé. 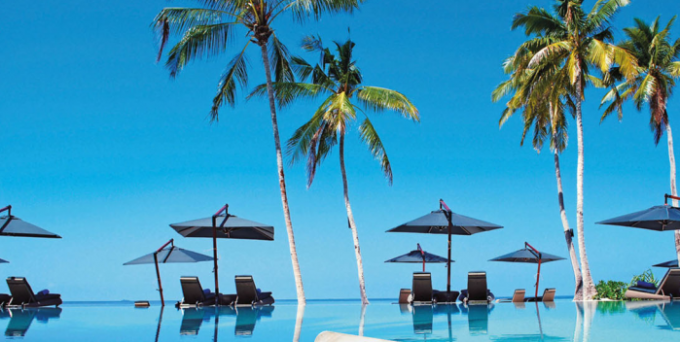 WHO BOOKS? Glossy types who enjoy fne wine and expect nothing less than impeccable service ROOM LUST Rooms are palatial – some of the beach villas are even two-storey afairs. Traditionally tropical they feature high rafed ceilings, dark-wood shutters and marble foors, plus Asian accents abound. Everything is designed with grown-ups in mind. No trendy gimmicks here. 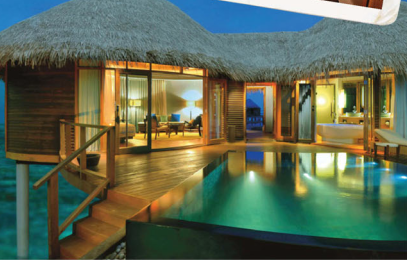 RELAX… Halaveli’s main beach is one of the best stretches of bone-white perfection in the Indian Ocean. Enough said. ACTION! All the usual watersports: pedal boating, windsurfng and kayaking are free. For diving, catamaran hire, waterskiing and banana boat rides, there is a fee attached. Te resort also ofers tennis and yoga. 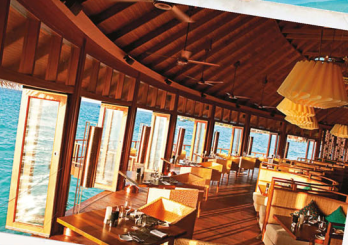 WE LOVE Eating at Halaveli. Its three restaurants are in a class of their own. Jing, the most formal one, is particularly special. It ofers decadent Asian favours in a setting that is beyond romantic: half way up Halaveli jetty (the longest in the Maldives). You can hear the waves breaking all around you as you tuck in. GET THERE 25-minutes by seaplane from Malé. Or 75 minutes by boat. 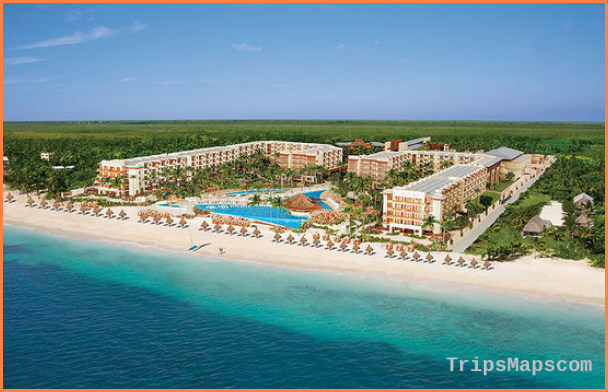 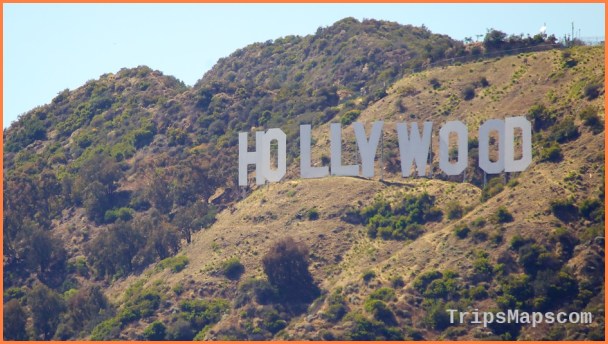 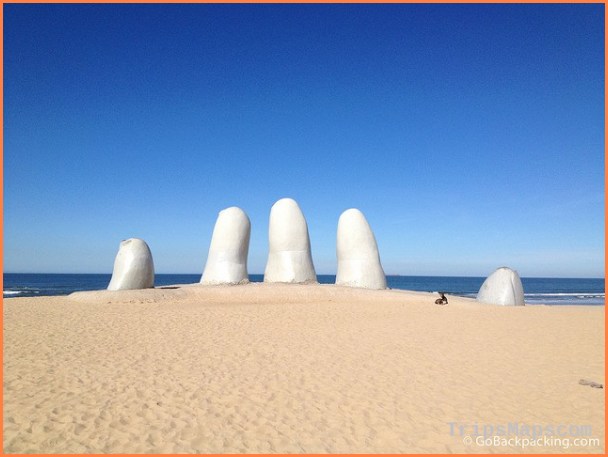