The most exotic thing I’ve ever seen? 20 years ago I was hiking between hill tribe villages in Sapa in northern Vietnam, close to the Chinese border, when I came across a Dutch backpacker couple in their 70s who were on a six-month, post- retirement adventure that included the trans-Siberian railway, a week-long trip down the Yangtse and an exploration of Vietnam, from north to south. When I told them they were the oldest backpackers I’d ever met they laughed and said they too had never met anyone older.

We had dinner that night in one of the hill-tribe villages, and over a bowl of bun thang (soft noodle soup) they told me about the meticulous planning that went in to the trip; they knew exactly where they wanted to go and what they wanted to see. After a while, I broached the delicate question of health. They laughed at how awkward I was in asking. Then they explained how they’d both undergone full physicals before the doctor passed them fit to travel. They’d taken out a comprehensive travel insurance policy and had gotten all the shots recommended for that part of the world, and then we discussed the merits of various malaria tablets. By the end of the evening, I was convinced they were the best-equipped people I’d ever met for proper travel.

Backpackers in their 70s are still a pretty rare sight, but cheap airfares and a more integrated globe, coupled with the fact that living longer, means that there are more older people travelling than ever before. A couple of weeks ago I went to Munich and Bavaria as part of a group of 21 I was the only one south of 60. We were on a Secrets of the Third Reich Tour, and the itinerary was a pretty full one not for this group was a couple of hours of exploring followed by six hours of rest: for four days we were up at 7, on the road by 8.30 and didn’t get back to our hotel until 6pm.

It’s easy to underestimate the energy levels of the so-called silver traveller. But it’s just easy to demand too much. A couple of years ago I took my mother to southeast Asia for her 70th. It was her first time, and she was so excited about the prospect that I prepared a packed schedule of sightseeing for her. After a few days, I realised it was all too much, and that I needed to factor in a bit of r’n’r for her, especially after lunch. So, for the rest of the holiday, we would sightsee in the morning, sit around and chat or rest after lunch and hit the sights again in the late afternoon for a couple of hours. It worked a charm: Mam felt that she’d made the most of her time there without ruining it all through sheer exhaustion.

The worst thing that happened was that she lost some medication, and she was really worried that she wouldn’t be able to replace it. But she’d made sure to bring a doctor’s note from home with all of the generic names of the medications she was taking listed next to the brand names when I took her to the pharmacy she was able to get a replacement in about three minutes. The look of relief on her face when the Thai pharmacist smiled and handed her the box was something to behold.

I’m still a few years from my pension but I have no intention of giving up on travel. I might slow down a little but I’ll always keep going. When I asked the Dutch couple in Vietnam how they did what they did they told me that it was easy they weren’t in a hurry and travelled at the pace that suited them.

Which strikes me as excellent advice: whether you’re travelling for a weekend or a year, go at the pace that works best for you. If you need plenty of rest, make sure to factor it in and look to motorised transportation if you don’t feel up to long walks. If you’re on medication, be sure to carry a prescription from your doctor along with the generic names. If you’re going to explore the more exotic corners of the world, get the appropriate vaccines there’s no point in risking getting a disease whose name you can’t pronounce let alone be cured from. And no matter where you go, be sure to have decent travel insurance: ‚50 could save you thousands down the line. 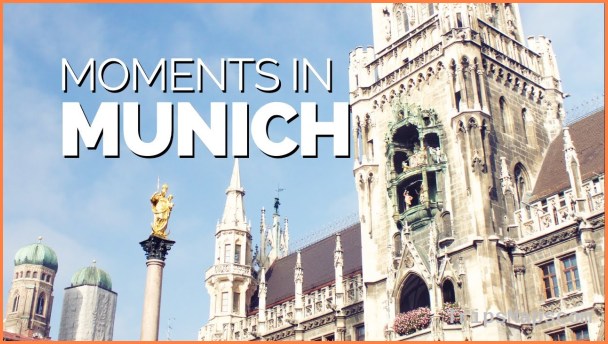 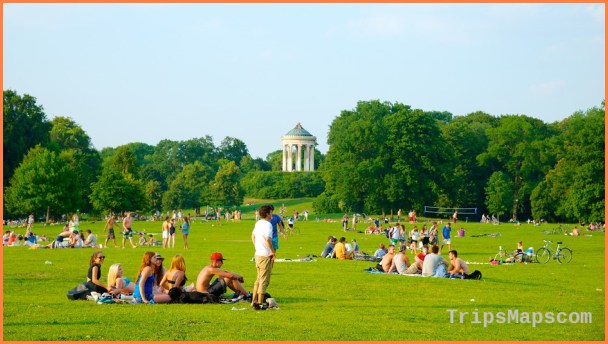 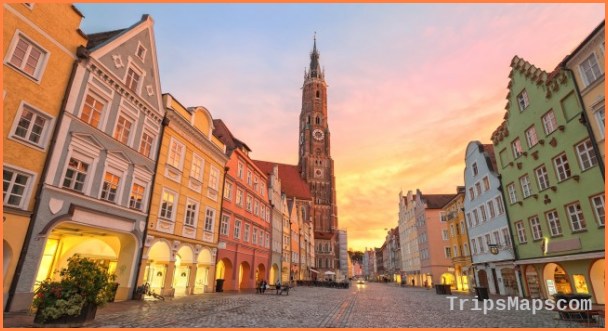 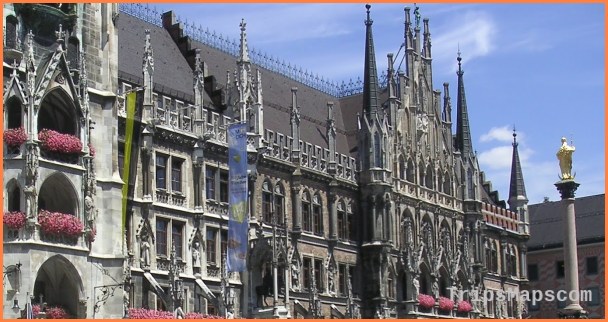 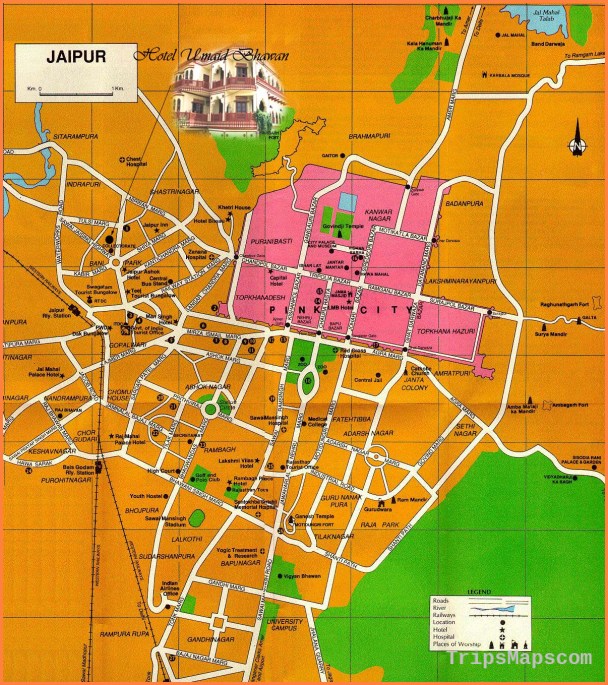