SWEDEN
He strengthens internal security by the so-called “peace laws”, founds Stockholm in 1255 as a stronghold against Finnish raids and promotes trade by the grant of extensive privileges to Hanseatic merchants. 1275-90 Magnus / Ladulas. Magnus protects townspeople and peasants against oppression by the nobility. Around 1280 mining begins at Falun with the help of miners from Germany. The excessive privileges granted to Germans arouse hostility among the Swedes. The Union Between 1319 and 1523 Sweden is linked by various forms of personal union with Norway and Denmark. The union with Denmark, however, usually takes on the aspect of domination by foreigners, and on several occasions Sweden fights for, and obtains, de facto independence. 1319-63 Magnus II Eriksson. Magnus, a Folkung, is also king of Norway until 1343. – In 1350 a general (national) code of law replaces the various regional systems of law. – In 1360 Skane and in 1360 6land and Gotland are annexed by Denmark. Magnus is deposed. 1363-89 Albert III. The nobility win considerable power. 1389-1412 Margaret, daughter of Valdemar IV of Denmark, becomes Regent. – 1397: Union of Kalmar (see under Denmark). Margaret is a strong ruler; she restricts the power of the nobility. 1433”1523 Swedish resistance to the Union. There are constant risings against the kings and their representatives in Sweden, who think only of Danish interests. On several occasions Sweden gains de facto independence as a result of these risings. Statue of Gustavus Vasa at Mora in central Sweden 1433-6 Peasant rising led by the mine-owner Engelbrekt Engelbrektsson. 1448-70 Karl VIIIKnutsson “anti-king” of Sweden. 1470-1503 Sten Sture the Elder, “Guardian of the Realm”. In 1471 he defeats King Christian I of Denmark in a battle on the Brunkeberg. – The University of Uppsala is founded in 1477. 1520 The “Stockholm Bloodbath”. Christian II of Denmark defeats Sten Sture the Younger and has 82 leading Swedes executed in Stockholm. Sweden as a great power; the Reformation 1523-60 Gustav I Vasa. Gustav Vasa, leader of a rising which starts in Dalarna in 1521, drives out the Danes and is elected king of Sweden in 1523. He introduces the Reformation in 1527, helps to break the commercial predominance of Lubeck by his participation in the “Count’s War (1534-6: see under Denmark) and makes Sweden a hereditary monarchy in 1 544. 1560-1611 Under Gustav Vasa’s sons Sweden finds itself in grave difficulties on a number of occasions, until finally his youngest son Karl IX (1599-1611) re-establishes settled government and enhances the standing of the kingdom. 1611-32 Gustav II Adolf (Gustavus Adolphus).

Gustavus brings to a successful end the wars which his father had begun against Russia, which is compelled to cede Ingermanland in 1617, and Poland, which cedes Livonia in 1629. He reorganises the administration and promotes trade and industry. 1630 At the request of the German Protestant princes Gustavus enters the Thirty Years War and is killed after winning a great victory at Lutzen. 1632-54 Queen Christina, Gustavus Adolphus’s daughter. Her chief minister is Axel Oxenstierna. The Swedish army, under Gustav Horn, Johan Baner and Lennart Torstensson, successfully continues the war. In 1645 Denmark is forced to give up Jamtland, Gotland and other territories, and in 1648 Sweden acquires the principalities of Bremen and Verden, Stettin and the islands of Riigen, all in Germany. 1654”60 KarlX Gustav of Zweibrucken. Gustav, a cousin of Queen Christina, becomes king after her abdication. He wages war against Poland and Denmark, which is obliged to give up Halland, SkSne and other territories in 1658. His principal aim is to establish the sole authority of Sweden over the Baltic and its coasts. 1660-94 Karl XI (Charles XI). He succeeds his father, Karl X, at the age of four. In the treaty of Oliva (1660) the king of Poland renounces all claims on Sweden. -1668: foundation of the University of Lund. – Karl joins in Louis XIV’s waragainst Holland, Britain and Brandenburg on the French side. The Swedish army is defeated by Brandenburg in the battle of Fehrbellin in 1675, but Sweden is not compelled to surrender any territory. The king takes advantage of the general discontent with the maladministration of the nobility to take back Crown fiefs which had fallen to nobles and to introduce legislation giving the Crown almost unlimited powers. 1697-1718 Karl XII (Charles XII). 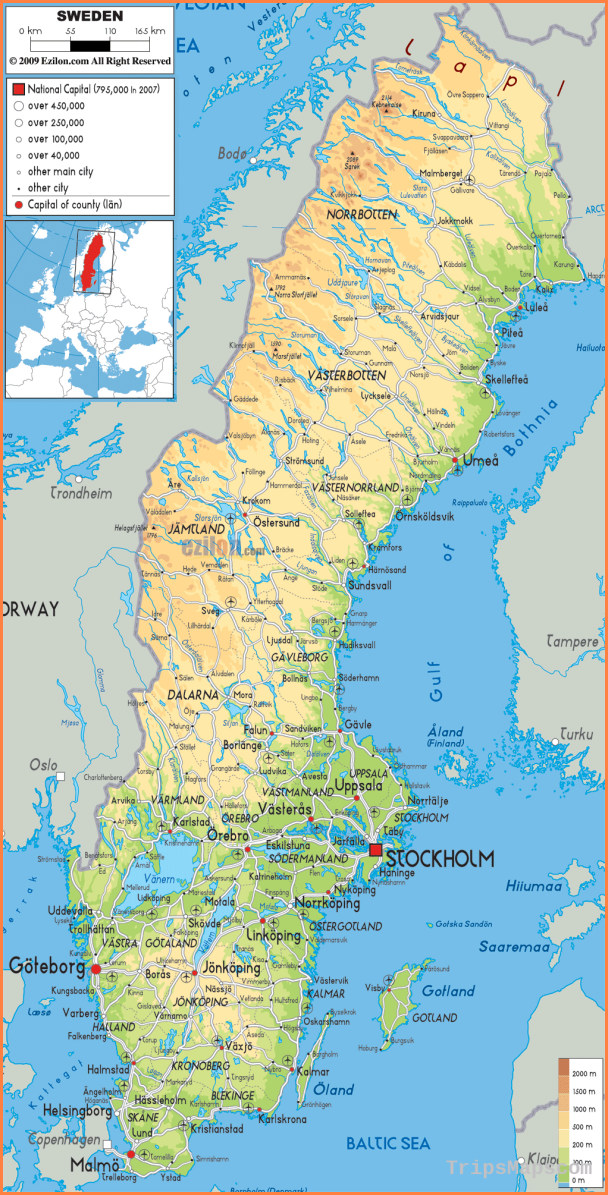 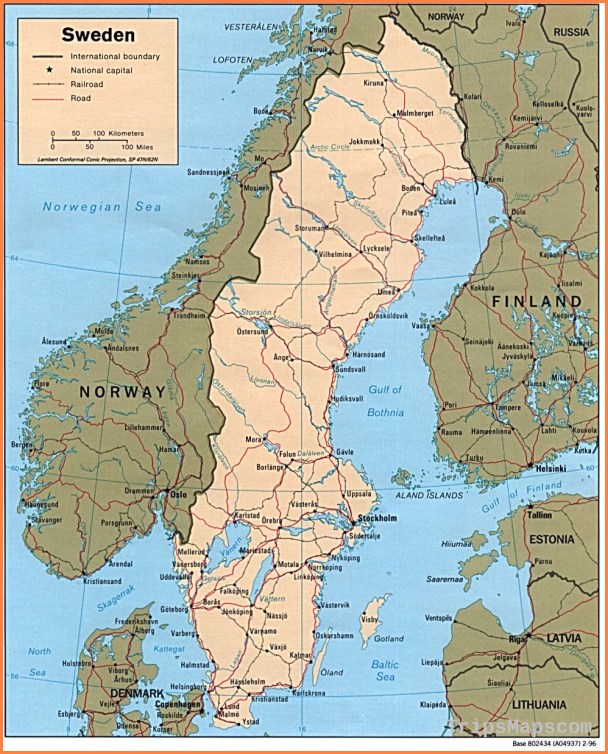 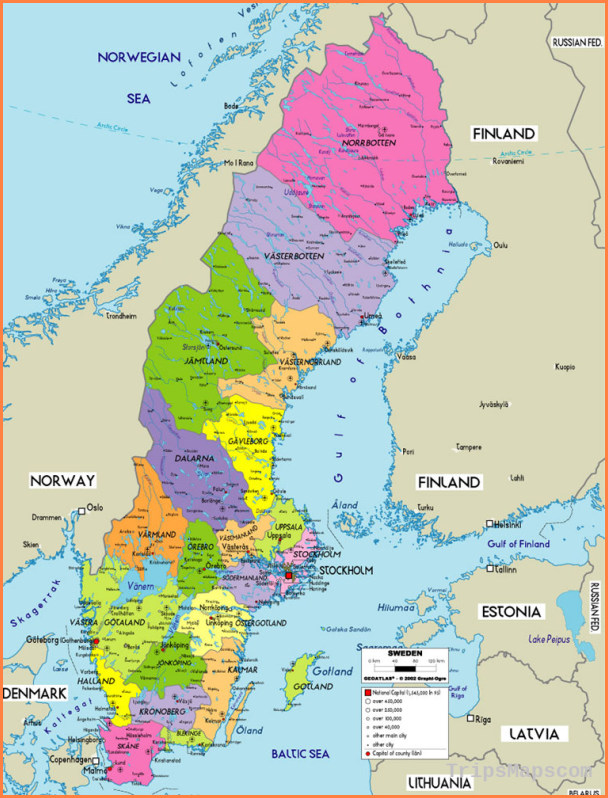 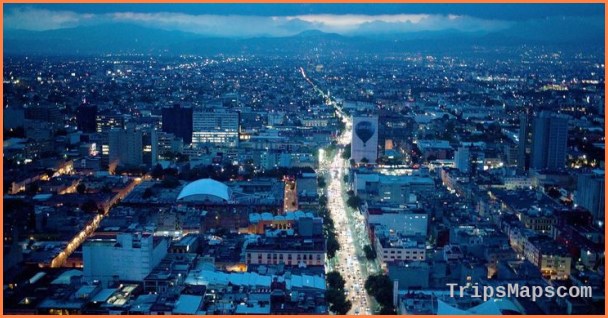 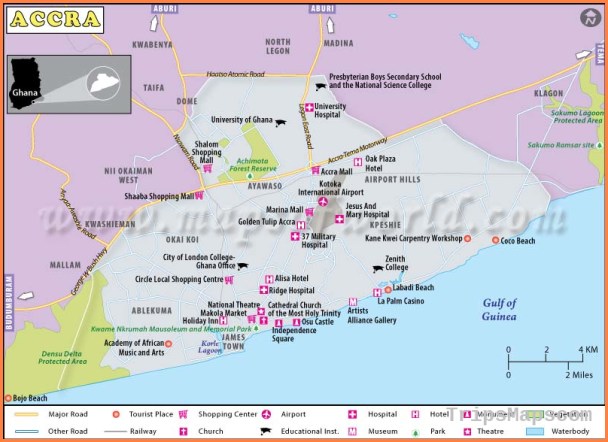