Suggested Itineraries
Most visitors will be comfortable with the Route 1 – Route 2 loop featuring Paraguay’s most popular tourist attractions. Travelers with more time on their hands can use this as a starting point and
add on other routes based on their travel plans, budget, and appetite for adventure. Unless otherwise noted, these itineraries assume travel by public transportation. Traveling by car will allow you to move at a faster pace but remember to allocate sufficient time for weather-related delays in more remote regions.

Route 1- Route 2 Loop: Ciudad del Este, Encarnacion, Asuncion, Guaira, & Ciudad del Este
Minimum time: 4-6 days
Start by visiting the magnificent Iguazu Falls either on the Argentine or Brazilian side (the former is recommended over the latter). Cross the border into Ciudad del Este, take advantage of low prices on items such as digital cameras and other electronics. Head to the Itaipu Dam, the world’s second largest hydroelectric dam. On the way there, stop by the Museo de la Tierra Guarani and adjoining zoo for a look at the region’s fauna and cultural heritage. Head south on Route 6 to Encarnacion. Along the way you can visit the Yerba Mate Selecta factory (mornings only) in Bella Vista and the Jesuit Ruins of Trinidad and Jesus, both UNESCO World Heritage sites. However, most (especially those riding public transportation) will find it easier to stay along Route 6 or remain in Encarnacion and backtrack the following day to visit the Jesuit ruins.

Nature buffs and birders can take a day or two to visit the San Rafael Nature Reserve, which preserves biologically rich remnants of the once expansive Atlantic Forest. This is one of the few places in Paraguay where the guyra campana (bell bird) can still be heard.

From Encarnacion, head west along Route 1 to San Ignacio Guasu. The town’s Jesuit museum and those of nearby Santa Maria de Fe and Santa Rosa display the decorative elements that once stood in the Jesuit missions. These attractions are the perfect complement to your visit to the even more popular Jesuit ruins. Those with a special interest in Jesuit history should stay in Santa Maria de Fe.

Continue along Route 1 towards Asuncion. Adventure seekers can take a 1-or 2-day side trip to the popular and relaxing Parque Nacional Ybycui and the large Salto Cristal waterfall hidden in a maze of sugar cane fields near the Japanese colony, La Colmena. Steam train buffs will enjoy a half-day side trip to the historic Taller de Trenes steam train workshop in Sapucai. Stop in Yaguaron to visit the Iglesia San Buenaventura, Paraguay’s most beautiful church. Once in Asuncion take in the city’s historic sites and enjoy the affordable nightlife. Birders will enjoy crossing the Bay of Asuncion (an important stopover for migratory birds) to bird watch in Chaco’i, the southernmost tip of the Paraguayan Chaco.

From Asuncion, travel by bus to Colonia Independencia (those traveling by car may opt to travel on Route 1, turning off towards Villarrica at Paraguari and stopping at the aforementioned Taller de Trenes in Sapucai). Explore the waterfalls in the Ybytyruzu mountains then head to Villarrica to enjoy the nightlife and pet the capybaras in the Ykua Pyta park. Afterwards, you can take a day trip to Yataity to purchase finely woven and embroidered ao po’i creations from local artisans. Those seeking a relaxing stay at an upscale ranch can take a side trip to Estancia

If you are traveling during Carnival season (dates vary between February and March) visit Encarnacion over a weekend to enjoy the glittery Carnavales Encarnacenas. The Jesuit Ruins of San Cosme y Damian are easy to visit in a day from Encarnacion. Alternatively, you might choose to stay overnight in order to visit the nearby Ybycm sand dunes. Ayolas, home to the Yacyreta hydroelectric dam, is a good day trip from both Encarnacion and San Ignacio Guasu. Those who wish to continue on to Resistencia, Argentina, can take a bus from either San Ignacio Guasu or Encarnacion to the laid back town of Pilar, making sure to visit the large Manufacturas Pilar cotton factory before crossing the border by ferry boat.

The Golden Circuit: Asuncion to Towns along Route 1 & Route 2
Minimum time: 2-3 days
There are several towns worth visiting along Routes 1 and 2, just a short distance from Asuncion. However, travel between towns on public transportation can be time consuming (especially for side trips to towns off the main road). The following is a simplified itinerary with highlights of the Golden Circuit (see The Franciscan Route & Golden Circuit). As many of these towns are known for specific attractions, whether its traditional handicrafts or religious monuments, travelers are encouraged to read about each town and create itineraries based on their interests. Travelers with time on their hands may prefer to break these up in to a series of day trips from Asuncion, rather than deal with trying to hit each town in one loop. Because both Routes 1 and 2 are heavily transited national highways, trying to visit more than 2 or 3 towns per day can prove tiring even by car.

From Asuncion head east along Route 1 to Yaguaron, home to the country’s most beautiful and historically significant church, the Iglesia San Buenaventura. Continue to Paraguari, stopping for a bite to eat at the popular Fruteria Paraguari. Here, a turn off winds its way over the hilly landscape past the historic town of Piribebuy and connects with Route 2. Thrill seekers can take a taxi to the Eco Reserva Mbatov^ to enjoy the beautiful views while rappelling and doing a ropes course. Kick back and relax at the upscale La Quinta ranch or enjoy a quiet evening in Piribebuy. Before heading towards Route 2, visit Rosa Segovia’s workshop where local artisans can demonstrate how they painstakingly weave sewing thread into traditional ponchos known as poncho sesenta lista.

From Piribebuy, head on over to Caacupe where every December the town is swarmed with pilgrims who travel to the Basilica de Caacupe to show their devotion to the Virgen de Caacupe, Paraguay’s national patron saint. For a scenic side trip, head to the Casa del Monte located high on the hillside in the town of Atyra. The town is known for its leatherwork – stop by the ornate Complejo Marianela or the stalls in the Peatonal Indio Jose to pick up a professionally decorated thermos for terere or mate.

San Bernardino, accessed via Ypacaraf, is a lakeside town that fills up with elites vacationing from Asuncion during the summer. Head to the nearby town of Altos to view Lake Ypacaraf from upon high or hit San Bernardino’s discotecas at night. Continue along Route 2 and stop at Itagua where multicolored thread is woven into delicate nanduti lace. Just past Itagua, there is a turn off to Aregua. Along the way you can stop by the Museo del Mueble featuring a large collection of antique furniture. In Aregua visit the Centro Cultural del Lago or El Cantaro for a look at traditional ceramic works and then head uphill to the town church for a great view of the lake. On your return to Asuncion, visit the Museo del Barro, Paraguay’s best museum.

Additional side trips and recommendations: Travelers with an interest in Paraguay’s indigenous
can leave Aregua for another day (an easy day trip from Asuncion) and continue along Route 2 to San Lorenzo’s Museo Guido Boggiani. The museum presents a good overview of Paraguay’s indigenous tribes and profits from the excellent selection of handicrafts in the gift shop go directly to indigenous artisans.
The Paraguayan Pantanal by River: Asuncion, Concepcion, & Bahia Negra 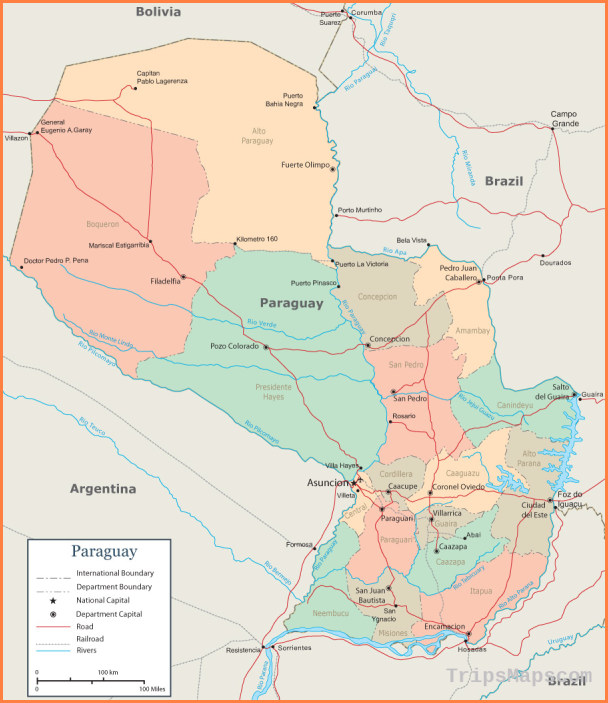 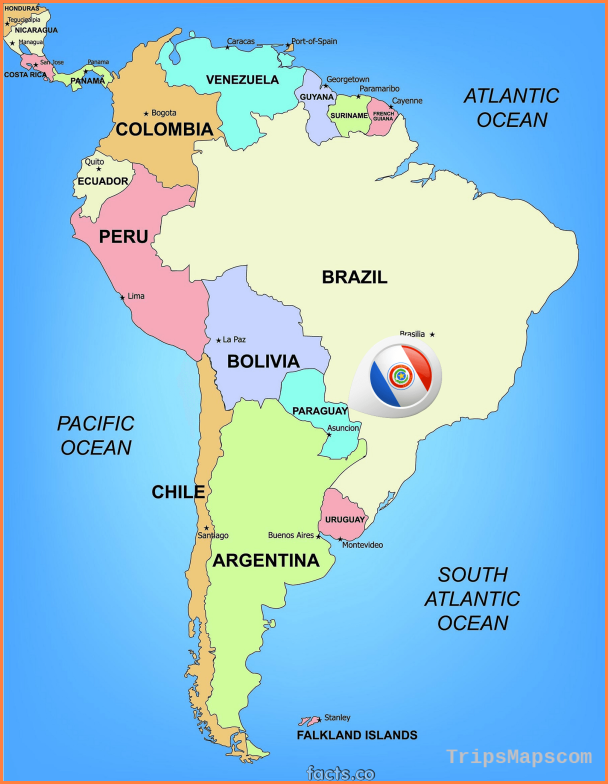 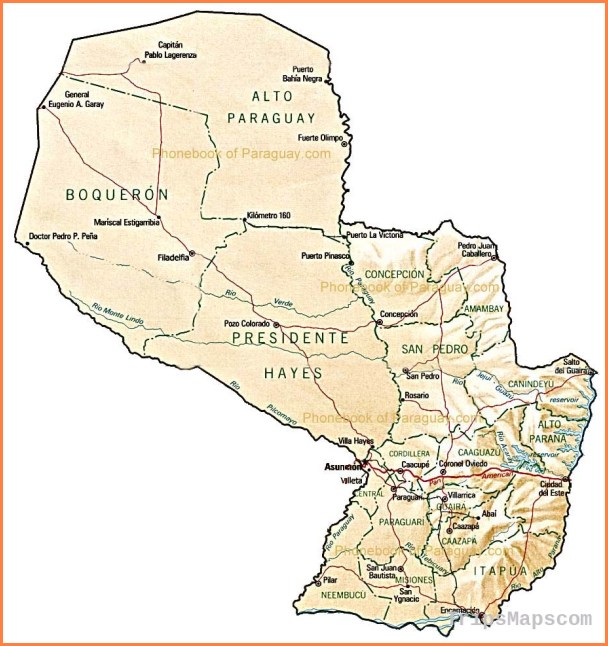 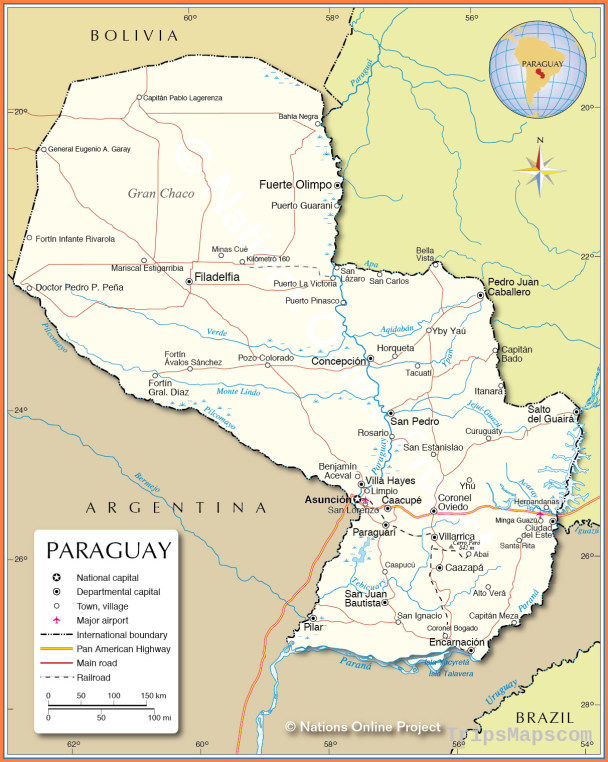 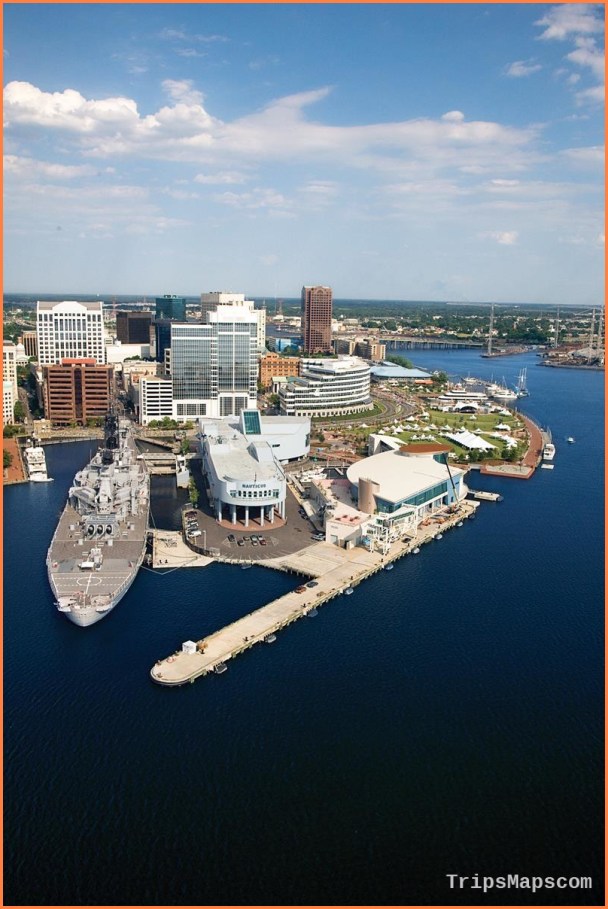 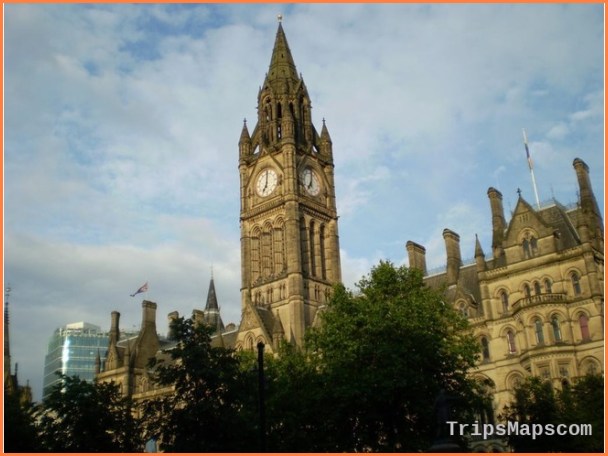