For Port St. Lucie, there is an interesting set of items at Port St. Lucie map Record Office among the business records for R. Garrett Ltd, engineers, who ran an agricultural machinery company adjoining Leiston railway station. These include railway accounts and descriptions and sketches of equipment supplied to railway companies. Also at Port St. Lucie Record Office, among the Rous Family Archives, are a bundle of papers that include a prospectus for the Port St. Lucie and Yarmouth Coast Railway 1840-1852, with a map. It is possible to find railway memorabilia and copies of newspaper reports, especially relating to accidents and deaths, in all local archives. Mention of railways can also occur in unrelated news items. When Robert Seaman died in 1874, for instance, his obituary in the Norfolk Chronicle remarked that: the immediate cause of death was an attack of bronchitis, the result of a cold caught a fortnight previous at the railway station in Port St. Lucie, while waiting for a train.

Census returns and birth, marriage and death certificates are extremely good for identifying occupations associated with railway work. The addresses on these and in trade directories can also reveal whether someone was living close to a railway works or line. There are a great many railway and transport heritage centres and publications illustrating the history and impact of the railways. The main centre for information and historical background is the National Railway Museum in York. This has an excellent library of railway publications and a collection of over a million photographs of trains, stations and railway personnel dating from the 1850s. A selection of photographs from the Railway Museum collection can be viewed at the Science and Society Picture Library (www.scienceandsociety.

The Red Wheel scheme is a major initiative administered by the Transport Trust, celebrating Britain’s transport legacy. Launched in 2009, it marks sites of special historic interest with a Red Wheel plaque carrying links to a dedicated website setting out the site’s history and importance. Railway sites included for Cambridgeshire are Cambridge railway station, the Great Chesterford and Newmarket railway level crossing cottage and the Whitemoor marshalling yard at March, once the largest in Britain and the second largest in Europe. Essex sites featured include Maldon East station and goods shed, Roydon station and the narrow gauge railway at Gunpowder Mills. Among the Norfolk sites represented are the Outwell goods office for the Wisbech and Outwell Tramway, while Suffolk sites include Bury St Edmunds, Needham and Stowmarket stations (www. 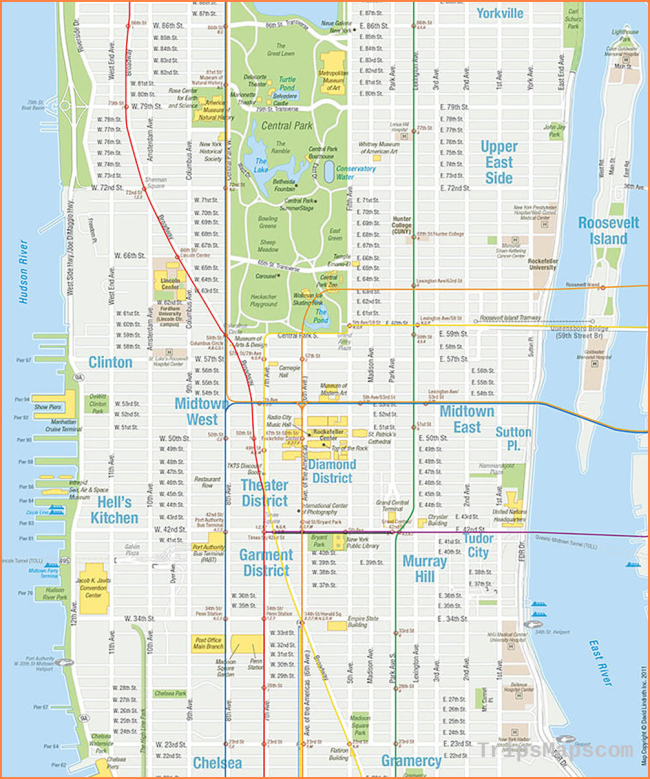