This is an insider’s guide into Istanbul featuring the best the city has to offer in terms of hotels, bars, restaurants, attractions, shopping places, also covering how to get to and around this marvelous city.

Nowhere else will you experience fusion in terms of travel experience as you will in Istanbul, a metropolis packed with century’s worth of history, being one of the most dynamic cities in Asia and even Europe included.

You cannot escape noticing the striking beauty of this city; The Istanbul Strait or rather The Bosphorus’ is one major attraction here. The stretch of water dividing the two continents (that is Europe and Asia) calmly sears before you under the evening sun’s warmth with the city soaring above the shores. But more beautiful is the culture and the people of Istanbul or Turkey at large.

Without a doubt, Istanbul, compared to New York, London or Paris, is one of the world’s greatest cities.

When Is It Best To Travel To Istanbul?

Istanbul is nowadays an all year round destination; however, it would be best if you visited the city late spring or in early autumn, a perfect time to explore the city and its surroundings under the warm, sunny weather on foot. Mid-summer would be a great time for you/your family to enjoy an outdoor meal at a restaurant of choice at The Bosphorus, or enjoy Turkish gourmet coffee at a pavement caf© in town. Mid-December through March is a rather cold period with cold winds blowing in from the Black Sea with fog and sometimes snow covering the city. But to your appeal, you can still enjoy bountiful sunny spells during this period and as a result of fewer visitors during this period, lower prices are the norm.

You can fly Turkish Airlines from any of the following airports: Gatwick, Edinburgh, Birmingham, Manchester, Stansted and Heathrow. British Airways flights fly in from Heathrow Airport. Flights are approximately three and a half hours.

Airport transfers depend on which airport you use. Istanbul has two international airports. From Ataruk Airport on the European Side, take the M1 Metro then the T1 Tram to get you to the city. The journey takes approximately 40 minutes. From Sabiha Gokcen Airport on the Asian side, catch the E10 coach then the ferry across the strait into the city.

Getting around the city is best by public transport unless you are travelling across far flung areas of the city. At peak hours, when there is a lot of traffic, a walk in the old quarter of Sultanahmet is a great idea and easily explored on foot. Unless you are a highly skilled driver, it is ill-advised to hire a car as accidents are many in the streets.

Many cruise ships dock at Karakoy, the heart of the city, which is only a five minute walk to the tram which takes less than twenty minutes to the old quarter of Sultanahmet.

You will find most of the best hotels on the European side either in Sultanahmet, where most of the popular historical sites are located or around Taksim Square, the city centre, in places such as Besiktas, Galata, Tepebasi and Macka. For a luxurious treat, try the neoclassical Four Seasons Sultanahmet or the Swissotel with a spectacular view of The Bosphorus. There are also a variety of Mid-range hotels such as the Adahan Istanbul and budget hotels such as The Ibrahimpasa Hotel.

Dine at the refurbished Changa and Muzedechanga with its contemporary Turkish a la carte menu or get to enjoy the Scadinavian-Turkish Menu at Mikla restaurant.

Overlooking the Bosphorus Bridge, the Sunset Grill & Bar is one of the best places to enjoy your nightlife in Istanbul, also highlighting Japanese Cuisine. Others include: Bird, Lucca, Nardis Jazz Club just to mention but a few in the heart of the city.

You can never quite exhaust the shopping experience in Istanbul, with a myriad designer shops, jewelry shops, antique and gift shops. You will be spoilt for choice as the avid shopper.

Since it is no longer possible to obtain a visa upon arrival in Turkey, travelers heading to Turkey are advised to apply for online Turkey e-visas (which cost $20) ahead of their departure. 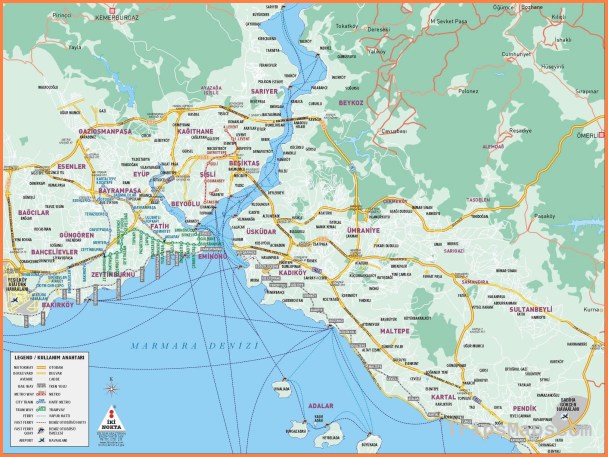 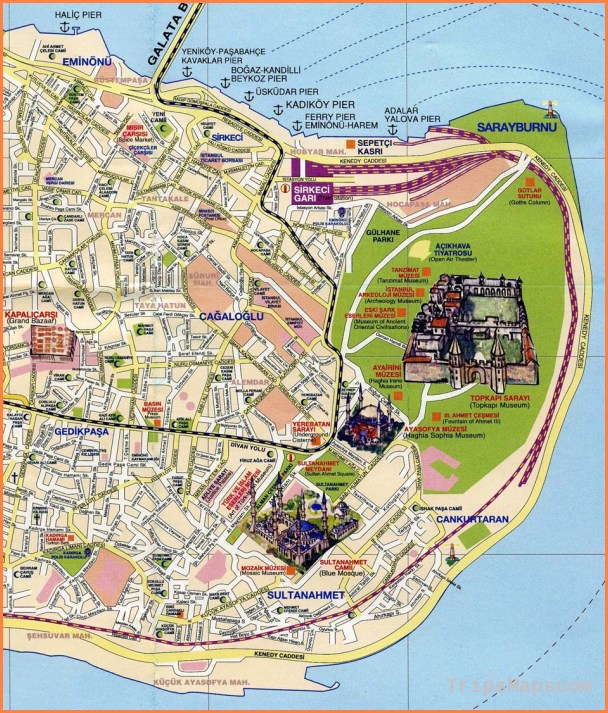 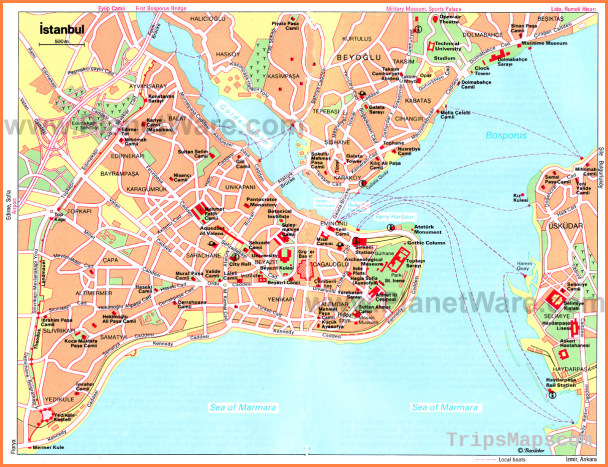 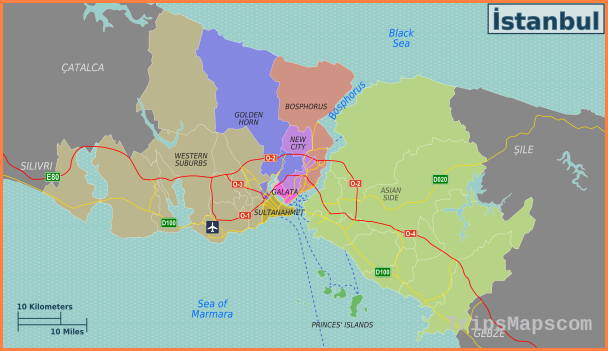 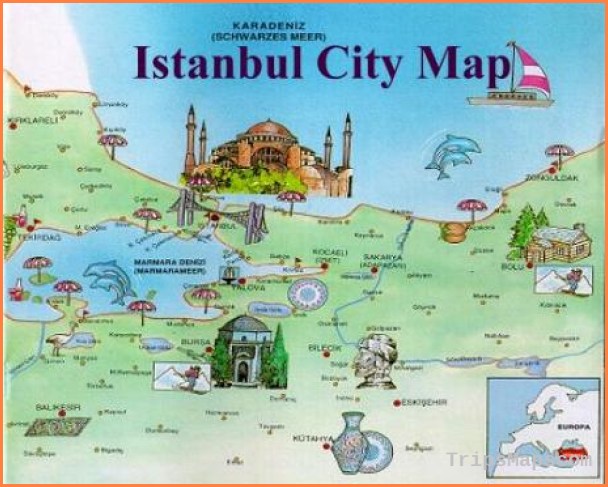 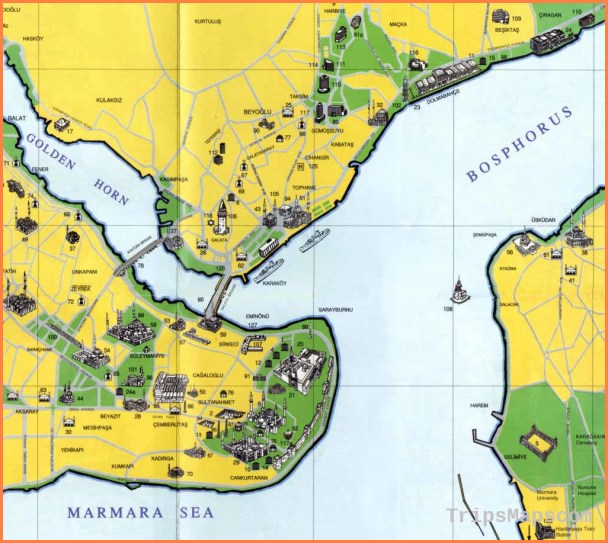 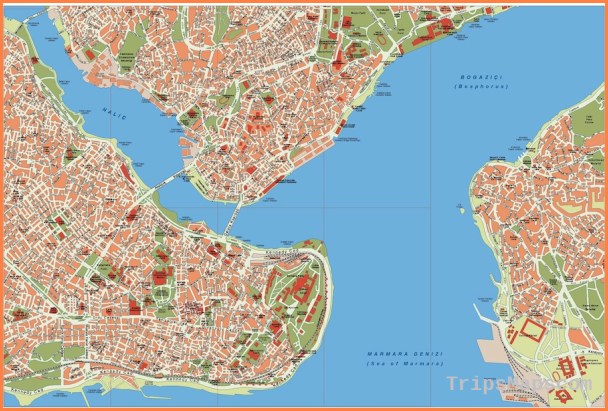 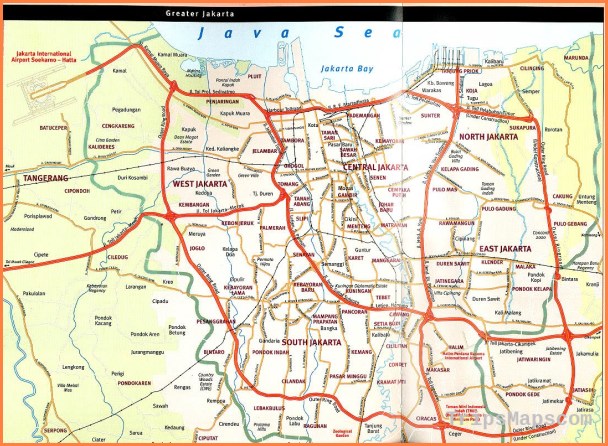