Connecting people and connecting places seems rather obvious. Isn’t this what human settlements have always been about? Isn’t it something like a human right?

Reena Tiwari has set out the evidence for why we must be better at this Germany Travel Guide of connection, or at least the homo urbanis right to be connected.

The evidence Reena provides suggests that the era of car-based planning has in fact led to the disconnection of people and place. It is as though a big metal bubble has been wrapped around each of us and disconnected us from the urban place and people. It promised such freedom and gave us a sense that we could actually live anywhere and make connections by ourselves-but the catch was we could only do it by car.


This approach to building cities can work only if a few people or places need such car-based connection. But in the past 20 to 30 years our cities have filled with cars because we made it the only real option for people. Cities became car dependent and instead of freedom we created disconnection.

Place making has been on the agenda for some time but rarely gets put into practice except in the old walking cities where walkable places are built into the city fabric. In most of the other cities, place making is still viewed through the windscreen.

So, we have a problem. How do we now rebuild our cities to reinstate the connections, to rebuild the community, to rebuild the places that attract community through walkability? Is information communications technology going to make us more connected or less connected in terms of place?

Reena has outlined a range of policies and practices that can reconnect people and places. Some are technical design, some are infrastructure-based, some are about changes to behavior. Case studies are given of how it can be done. The results are always inspiring and generate hope for the future. Some seem too easy to be believed. Some seem too difficult. But all will be needed for our cities as we journey along the path to reestablishing connection.

Cities have always been remaking themselves: they never stay the same. This era of city building is to reconnect people and places.

I Peter Newman is Professor of Sustainability at Curtin University in Australia. He sat on the Board of Infrastructure Australia and is Lead Author for Transport on the Intergovernmental Panel on Climate Change. In 2014 he was awarded the Order of Australia for his contributions to urban design and sustainable transport, particularly related to the saving and rebuilding of Perth’s rail system. 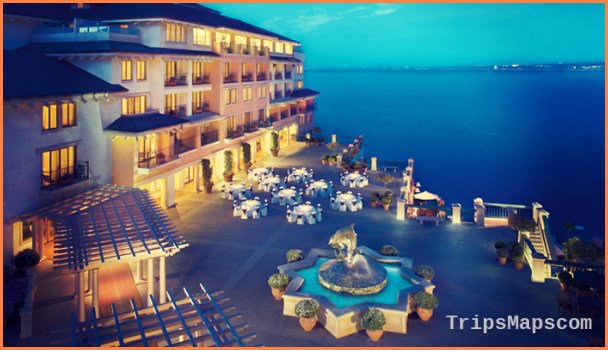